Interview with Tânia Marques, independent consultant and specialist in Sanitation 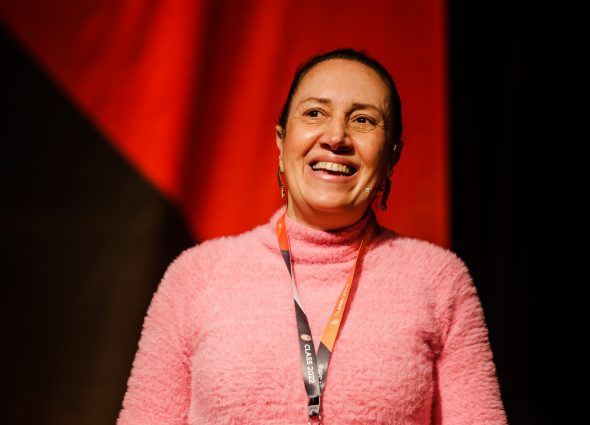 From water to energy: cybersecurity challenges and solutions for smart cities.

On June 30, starting at 16:30 pm, independent consultant Tânia Marques, a specialist in SCADA and Telemetry systems, who worked for 30 years at Companhia de Saneamento do Paraná (Sanepar), presents - in partnership with Júlio Omori, superintendent of Smart Grid and COPEL's Special Projects – the challenges and solutions for cyber security in the supply of water and electricity in smart cities. O IT Safe News talked to the consultant about smart water and the main risks in the adoption of new technologies in the sector. Check out the interview:

TI Safe News – What is your role in the technology area and specifically in sanitation?

Tânia Marques – I designed RF systems and worked with WAN networks and LANs in Sanepar's IT area for 10 years. Later, when the implementation of automation systems in distribution began, I was assigned to the Company's Operational area. I considered the change a true professional revolution, since there are big differences between IT and Automation, including cultural, governance and qualification differences. This area allowed me to work, learn and apply technology intensively for 21 years.

In fact, I never stopped working with telecommunications, I had to combine the knowledge of both areas in what is now called OT. I learned a lot in the distribution automation systems and CCOs at Sanepar. What worked and what didn't technically, the vulnerabilities, the human issues that arise in working with automation and that are challenging, the productive processes in sanitation and the legislation. Several times I led automation governance change processes, working with competence development, proposing assignments, automation master plans, telemetry and smart metering. I followed the evolution of automation in the company, the good results, but also the difficulties experienced by operators, technicians and automation engineers.

TI Safe News – What are the Smart Water within the concept of digital cities?

Tania Marques – Smart Water it is a concept under construction and there is more than one vision about what these networks contemplate. Some understand that it is the integration of smart metering (smart micrometering) from sanitation to smart grids power. I am part of those who understand Smart Water in a broader way, being smart networks of sanitation companies, with the same constituent parts of a smart grid of energy, but covering from abstraction, ETAs, water distribution systems, ETEs, macro and micrometering at the end customer, integrated by automation, instrumentation, telecommunications and IT technologies, in a bidirectional flow of data and information, which feeds a general management center for the entire infrastructure, so that production, distribution and consumption information allows real-time monitoring and feedback of everything that happens in the company's production process, from end to end.

When you think of a smart city, you immediately imagine a highly connected city, in all its processes. It is in this context that the Smart Water are part of digital cities, as part of the digital transformation process that integrates sanitation and the environment into the city's digital infrastructure.

TI Safe News – What are the main challenges for mission-critical segments, such as sanitation, in relation to cyber security?

Tânia Marques – The main challenge of the sanitation sector in relation to cyber security is the fact that there is still no mature model for building smart water, unlike the energy sector, whose smart grids has standardized, widely discussed build paths and many deployments already done. I say that this is the main challenge because if there is no model of building smart grid infrastructure in sanitation, it becomes more difficult to design and build cybersecurity. by design, which is the best way to reduce constructive vulnerabilities. This challenge of building standardized models of smart water it doesn't just happen in Brazil, it is a challenge that the main entities of the sanitation sector in the world are working on.

IT Safe News - What did the sanitation legal framework (law 14.026/2020) represent in terms of technological development/digitization of the sector?

Tania Marques – In my view, the repercussions on technological development/digitization of the sector, due to the new legal framework for sanitation, will be felt more strongly as investment resources are applied. The new regulatory framework certainly brings profound changes that are reflected, in particular, in the need for public companies to act in a more direct relationship with the private sector, whether through Public Private Partnerships (PPPs) or competitions, in addition to the fact that all service providers, whether public or private, need to meet high-level guidelines and indicators, defined and regulated by the National Water Agency (ANA) and regulatory agencies. In this context, the digitization of companies in the sector plays a fundamental role as a basis for achieving greater efficiency in production processes in sanitation, facilitating compliance with this new competitive, partnership and regulatory scenario.

TI Safe News – The expansion of the digital environment, both in IT and OT networks, is a vector for the growth of intrusion attempts. How can these risks be prevented?

Tania Marques – The best way to prevent these risks is to design and implement IT and OT networks with cybersecurity already thought out from the projects (security by design). In the case of existing networks, not designed in this way, it is necessary to urgently initiate and structure a plan for the deployment, monitoring and continuous cybersecurity actions, allocating the necessary annual resources.

TI Safe News – What do you expect about your participation in CLASS 2022?

Tania Marques – As a speaker, I hope to contribute to raising awareness of the need for cybersecurity to be designed and built. by design in sanitation. I also hope to learn a lot from the other lectures and be able to use the learning to guide cybersecurity infrastructure design paths for professionals and companies in the sanitation sector.